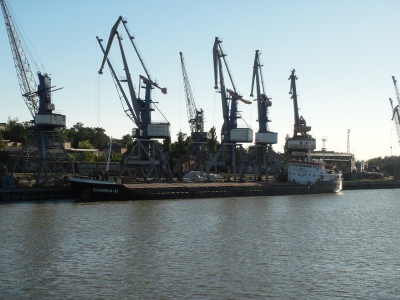 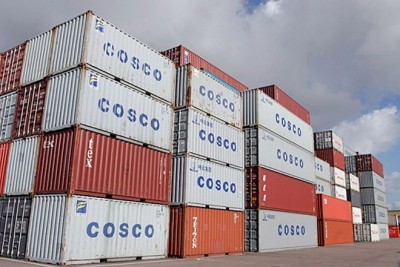 In March 2015, COSCO and Yang Ming launched regular calls to CJSC Container Terminal Saint-Petersburg within the framework of an integrated service.

The firs call was made on March 16 by 1,402-TEU container carrier Suderoog operated by Yang Ming. The ship delivered 165 TEUs to the terminal.

The second call was made on March 21 by 1,368-TEU container carrier HOOGE (COSCO).

The new weekly service with the following rotation: Hamburg – Saint-Petersburg – Kotka – Hamburg will call to the terminal on Mondays and Saturdays.

Container Terminal Saint-Petersburg (member of UCL Port, the stevedoring division of the international transportation group UCL Holding) is a modern container handling facility in the Fourth District of the Greater Port of Saint-Petersburg. In 2014 the terminal handled 387,600 TEU.

The complex was built in 2014 at the shipyard of Damen in Nantung  (China) under the order of Tranzit-DV .

As part of the tests TOR transshipped the 20-ft container onto the Zolotaya Kolyma bulker. When being tested, both vessels were moored to the fixed anchor at the off-harbour anchorage in Slavyanka Bay.

Off-harbour transshipment complex TOR is a floating crane of 1,700 DWT able to lift containers of up to 50 t to 36 meters. It technical characteristics allow handling container carriers of up to 400 meters in length with the speed of 1 container per minute.

“Thus, the technological task on implementation of loading\unloading operations at the anchorage of Slavyanka has been successfully performed for further implementation of the project on creation of a transport and logistic complex,” the statement says. 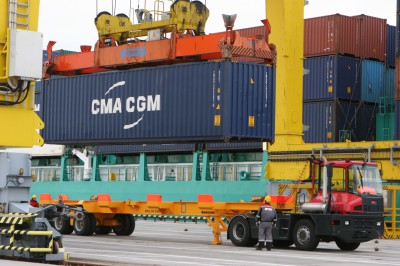 From April 1, 2015, Ust-Luga port’s border service under FSB of Russia has banned handling of vessels at the anchorage No 11 of port Ust-Luga if there are unauthorized persons onboard (surveyors, forwarders etc.), IAA PortNews learnt from the agency companies operating in Ust-Luga. According to the source, the companies had been informed about the new rule by Aleksei Ivontjev, head of Ust-Luga check-point.

There is no written order so far. The agency and survey companies asked by IAA PortNews say there are no legal grounds for introduction of such regulations by border services. Such a measure has been introduced for the first time since Ust-Luga port was put into operation in 2011.

Under the new rules, ‘unauthorized persons’ are practically expected to come and to leave on their own by a rented boat. The border service should be informed by ‘unauthorized persons’ about their departure by any method as “as they cannot leave the vessel together with the arrival of the state commission”, the rules say. The commission starts moving towards a vessel only when informed.

Boat rent costs about $500 per hour in Ust-Luga and it should be rented for at least 3 hours to perform the survey. Besides, an additional permit of the border services is required for a boat to approach a vessel at Ust-Luga anchorage.

So, the source says, this will entail the extension of the idle period of vessels and additional costs for ship owners. 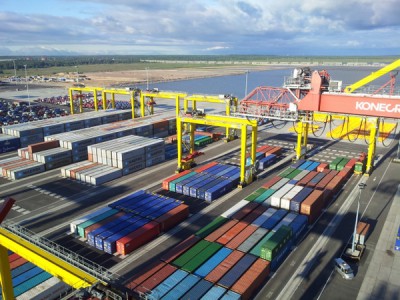 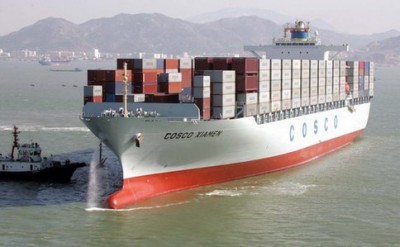 COSCO International Holdings Limited announced the audited consolidated results of the Company and its subsidiaries (collectively the “Group”) for the year ended 31st December 2014, the company said in its press release.

In 2014, driven by the accelerated adjustment of fleet structure by the shipowners, the demand for relevant shipping services increased. Except for drop in revenue from marine fuel and other products which constitutes higher percentage in the Group’s total revenue, all other shipping services segments recorded revenue growth of varying degrees. In 2014, the Group’s revenue declined by 18% YOY to HK$7,588,213,000 (2013: HK$9,308,434,000), mainly due to the gradual withdrawal from relatively high risks businesses.

Gross profit for the year increased by 16% to HK$804,492,000 (2013: HK$694,265,000), while overall average gross profit margin added 3.1 percentage points to 10.6%. The increase was mainly attributable to the improvement of gross profit margins of container coatings and asphalt products, as well as the increase in commission income of ship trading agency with higher margin.

Container Throughput of Russian Ports is Forecasted to Fall by 35% to 3.4 mln TEUs in 2015

According to Konstantin Sokolov, January-February turnover of containers fell by 21% with the Baltic Sea ports showing the fastest fall.

Konstantin Sokolov says the container market of Russia will feel the negative impact of the sanctions, 4-pct fall of GDP, decline of consumer activity and slackening in the rate of China’s economic growth.

On the other hand, the degree of containerization is much lower in Russia as compared with other countries that will ensure the market’s structural growth in the future.

Besides, depreciation of the ruble is likely to facilitate container exports via the ports of the Far East (sawn timber, paper, coiled steel) while the eastward focus will boost trade turnover between Russia and APR countries, especially China.

Consensus forecast of macroeconomists suggests that Russian economy will gradually recover from 2016 with the imports growth which is to have a positive impact on container throughput of Russian seaports.