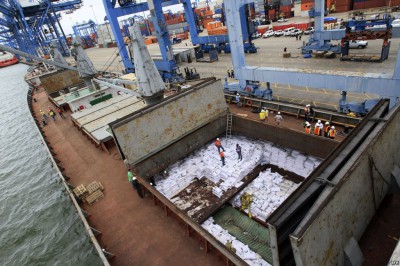 A U.N. Security Council committee on Monday blacklisted the operator of a North Korean ship, which was seized near the Panama Canal last year for smuggling Soviet-era arms, including two MiG-21 jet fighters, under thousands of tons of sugar.

The North Korea (DPRK) sanctions committee designated Ocean Maritime Management, which operated the Chong Chon Gang, the ship that was detained a year ago.

The U.N. designation means the company is now subject to an international asset freeze and travel ban.

“Ocean Maritime Management Company, Ltd (OMM), played a key role in arranging the shipment of the concealed cargo of arms and related materiel,” the committee said in an implementation assistance notice, obtained by Reuters.

“The concealment of the aforementioned items demonstrates intent to evade U.N. sanctions, and is consistent with previous attempts by the DPRK to transfer arms and related materiel through similar tactics in contravention of Security Council prohibitions,” the committee said.

A Panamanian court on Friday ordered the release of the Chong Chon Gang‘s three North Korean officers. Thirty-two North Korean sailors and the ship were released by Panama in February.

North Korea is under an array of United Nations, U.S. and other countries’ sanctions for repeated nuclear and ballistic missile tests since 2006 in defiance of international demands to stop.

A U.N. report issued in March said North Korea has developed sophisticated ways to circumvent United Nations sanctions, including the suspected use of its embassies abroad to facilitate an illegal trade in weapons. 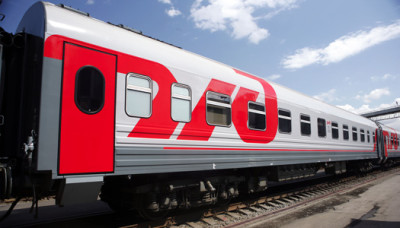 In accordance with a decision taken by the board of the Eurasian Economic Commission on 17.09.2013, it will be mandatory to provide preliminary information about goods being imported by rail into the common customs territory of the Customs Union from 1 October 2014.

In conjunction with the Russian Federal Customs Service, Russian Railways has established a working group to improve customs operations and procedures and coordinate cooperation with those involved in foreign trade with regard to the introduction of new information technologies, including electronic document processing.

Today, all those involved in foreign trade who are interested in the speedy passage of their goods through railway crossing points can provide preliminary information via the website of the Federal Customs Service.

As a result of this system, by the time the goods arrive at the checkpoint, the customs authorities have already received all the necessary information for making decisions, in particular about conducting inspections.

From 1 October 2014, it will be compulsory for shippers to provide preliminary information on imported consignments via the official website of the carrier, namely Russian Railways. The portal will be launched and ready to receive data in test mode in September 2014.

Electronic cooperation between the customs authorities and the carrier is based on the exchange of documents in electronic form between the Main Computing Centre at Russian Railways and the computer system at Russia’s Federal Customs Service, which also takes into account all information security requirements.

According to a press conference, the introduction of mandatory reporting of imported freight will increase the automation of customs procedures and reduce clearance times at railway crossing points.

Technological and technical solutions that are identical to those that will be used for preliminary notification have already been tested during the previous two years of active electronic cooperation between the customs authorities and the railway company.

In 2011, after the signing of a joint plan for the organisation of the main activities of electronic interaction between the Russia’s Federal Customs Service and Russian Railways, a working group was established to improve customs operations and procedures under the joint chairmanship of Salman Babaev, Vice-President of Russian Railways, and Ruslan Davidov, Deputy Head of Russia’s Federal Customs Service.

During this work, two orders were published whose application at pilot sites led to a significant reduction in the time of customs procedures after processing information in electronic form.

Whereas previously the average time for customs operations was 120-200 minutes, the electronic exchange of data meant that the time could be reduced to 60-90 minutes, and in cases where the same types of goods were processed, to just 15-35 minutes.

Global Logistics: Light At the End Of the Chunnel 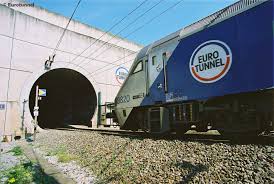 UK and continental shippers can expect a price reprieve after Eurotunnel announced plans to reduce freight rates through the Channel tunnel. The move comes after the European Commission began legal action to reduce charges and increase traffic.

Paris-based Eurotunnel, which operates trains through the tunnel, will cut tariffs for off-peak services at night during the week, and reduce prices by one-third during tunnel maintenance.

The European Commission welcomed the decision to reduce track access charges by up to 50 percent, expecting it to double rail freight volume through the tunnel in the next five years.

“Because rail freight traffic through the Channel Tunnel has increased 10 percent in 2013, and 13 percent in the first quarter of 2014, we decided to reinforce our efforts to support the development of this traffic,” says a statement from Eurotunnel.

In response, European Commission Vice President Siim Kallas says the decision “stands to unblock a major bottleneck in Europe’s transport network,” and is good news for business, consumers, and the environment.

Russian Railways In 2014: a Half-Year Results 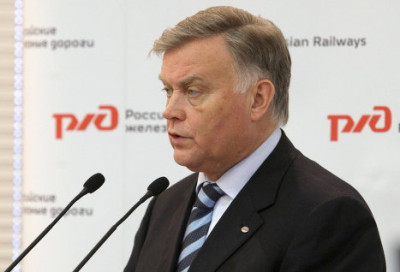 During a conference call on 4 July 2014, Vladimir Yakunin, President of Russian Railways, summed up the railway network’s operational performance during January-June 2014.

According to Yakunin, in the first half of 2014, tariff turnover increased by 5.6% due to a 7% increase in the average distance over which freight was transported and a reorientation of freight traffic to ports, with the highest increase being recorded in Russia’s Far Eastern region. During January-June, the railways shipped 599.5 million tons of freight, 1% less than during the same period in 2013. From the beginning of the year, the largest decline in loading volumes occurred with construction goods, which fell by 15.2%, black coal, down by 0.9%, cement, down by 6.2%, and imported goods, which dropped by 16.4%.

END_OF_DOCUMENT_TOKEN_TO_BE_REPLACED

What Is The Trend For Global Air Freight Markets?

The International Air Transport Association (IATA) released data for global air freight markets showing air cargo growth accelerated in May, with 4.7% growth compared to a year ago. This is up from the 3.8% year-on-year growth recorded in April. Cargo volumes, measured by Freight Tonne Kilometers (FTKs) were up across all regions. The Middle East carriers reported 9.3% year-on-year growth, whereas the corresponding growth rate for North American carriers stood at 2.4%. The acceleration of growth reflects improved economic conditions. There are indications that world trade and business confidence to be improving after weakness in the first quarter.

END_OF_DOCUMENT_TOKEN_TO_BE_REPLACED

EU Air Freight Rules Has Been Applied Since 1 July 2014

Union air cargo rules that have ignited a row with Russia and jeopardized annual trade worth more than 13 billion euros ($18 billion) came into force on Tuesday, and are likely to heighten tensions between the EU and Moscow.

END_OF_DOCUMENT_TOKEN_TO_BE_REPLACED 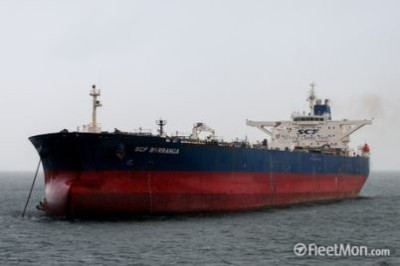 Iraq filed suit on Monday in a Texas court to gain control of a cargo of crude oil from Iraqi Kurdistan that Baghdad says was sold without its permission.

The United Kalavrvta tanker, carrying some 1 million barrels of crude worth about $100 million, arrived off the coast of Texas on Saturday but has yet to unload its disputed cargo.

The ship, which is too large to enter the port of Galveston near Houston, was given clearance by the U.S. Coast Guard on Sunday to transfer its cargo offshore to smaller boats that would deliver it to the U.S. mainland.

Iraq, in its filing in U.S. District Court for the Southern District of Texas, asked for an order allowing the cargo to be seized by the U.S. Marshals Service.

Sale of Kurdish crude oil to a U.S. refinery would infuriate Baghdad, which sees such deals as smuggling.

The U.S. State Department has expressed fears that independent oil sales from Kurdistan could contribute to the breakup of Iraq, said the oil belongs to all Iraqis, and warned potential buyers of legal risks.

But it has also made clear it will not intervene in a commercial transaction.