Separation of cargoes inside transport 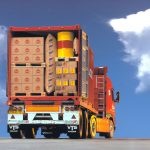 Once the cargo is in the transport, it is necessary to properly arrange, place and secure it. This process is called separation. If this stage is ignored, there will be a risk of partial or complete damage of the cargo because of displacement and collision of goods among themselves. And in its turn it results in serious financial losses caused by payment of penalties. Sea cargoes require special attention since a significant shift of cargoes in the hold or on deck may cause not only damage of the very cargoes or ship structures, but also roll displacement, overturning and loss of the vessel.

In addition, in case of a similar packaging and marking of cargoes, separation serves as an additional marking tool of the cargo lot and packages in the lot.

Method of separation depends on regulatory requirements to the transportation of a certain cargo, its sizes, weight and other characteristics, type of packaging, way of placing of cargo in the hold or on deck of the vessel, and navigation conditions of the very vessel as well. Separation materials are to meet certain requirements, the main ones of which are reliability of cargo securing, cleanliness (including absence of biological and chemical contaminations), and absence of extraneous smells.

The main method of separation is usage of wooden struts. They can be made of any kind of timber, as well as round wood. This method is traditional and quite cheap, but time-consuming. Materials used for struts are to be only of a certain quality (not wet and not too dry). The weight of the very fastener significantly increases the total weight of cargo, which leads to the necessity to reduce the net load weight to avoid overload of the vessel.

Another widely used method of cargo separation is usage of ratchet straps. It is often used for container transportation. There are corner fittings on standard containers which facilitate loading, warehousing and securing. Container carrying vessels have holds that are equipped with special vertical guides. Decks are equipped with rotating locks – twistlocks.

When using ratchet straps for securing of general cargoes, it is necessary to take into account that goods inside the vessel should be evenly shored, which leads to reduction of useful area for placing of cargo. Ratchet straps are usually used in combination with other securing methods.
Usage of the following fastening means and separation materials is also permissible: sling chains, hawsers, lanyards, wire, nails, paper, cardboard, as well as paints harmless for cargo and people.

An effective modern method of cargo separation, which has not found an extensive use yet, is usage of air bags. This technology is based on filling of voids between goods by air on the principle of “safety bags”. Deflated paper or synthetic or rubber bag is placed between the goods and then it is inflated, filling the whole space between packages. This method eliminates displacement of both packages and products inside these packages.

For securing of overweight and oversized cargoes welded constructions of metal pipes or sectional steel are usually used. They are demounted before discharge of cargoes.

Choosing the method of cargo separation, first of all it is necessary to evaluate the effectiveness of each method. Perhaps, for reliable preservation of goods, it is better to use several methods. It is important to remember that if specific features of unloading technical means are not taken into account, the cargo can be damaged during unloading. Therefore, the scheme of loading and separation of cargo is to be agreed with the consignee.